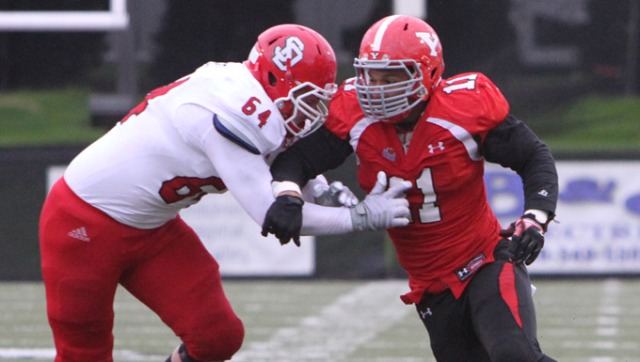 The match up to watch in this game will most certainly be in the trenches. The Redbirds have a very talented interior three, and they will match up with Nate Tanguay and company. The Bison look to remain undefeated, and will have a solid test here. The X-factor in this game will be how the NDSU secondary contain Anthony Warrum. If they can neutralize him, it’ll force the Redbirds to run right into the teeth of this defense.

Tennessee State has a dynamic run game,  and a oppurtunistic defense that creates turnovers. They have one of the top Offensive Linemen in the FCS, in Tackle Jessamen Dunker. Ogundeko has been a disruptive force with 4.5 total sacks through three games. On the other side of the field, UT-Martin seems to be finding their stride. After two losses to open the season, they’ve won back to back games and come into the matchup on a hot streak. Skyhawks Damani Taylor is another guy who can really push the pocket and make the Quarterback uncomfortable. This is definitely is a game to keep an eye on.

Youngstown State’s defense is stacked with great prospects, headlined by Derek Rivers (28 career sacks). They will be a tough bunch to score points on, they made life pretty difficult for WVU in their game. But South Dakota has some guns of their own, in hard hitting Safety Tyson Graham. Youngstown State will look to continue their success, but South Dakota won’t take it lying down.